Warning: Use of undefined constant SINGLE_PATH - assumed 'SINGLE_PATH' (this will throw an Error in a future version of PHP) in /home/loveabz1/public_html/wp/wp-content/themes/loveabz/functions.php on line 176
 love.abz — 3LD Art & Technology Center 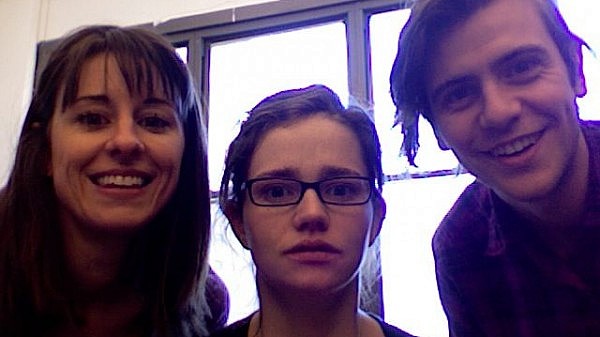 Part reading, part writing improvisation, this collaborative workshop performance explores the liberating potential of the computer as co-writer. What began as an experiment in statistical machine translation has evolved to include other forms of interaction between writer-performer and machine. At the decentered center of the piece is a play-originally written in Finnish-about three young artists, whose communication issues revolve around three seemingly simple objects: a pint, a cellphone, and a toothbrush.